After filing a lawsuit in federal court in the Eastern District of Pennsylvania under Title II of the Americans with Disabilities Act and Section 504 of the Rehabilitation Act, DRP successfully obtained a mandatory preliminary injunction requiring that a Pennsylvania school district permit a high school student with disabilities to attend school with her service animal.  Although George, the service animal, was individually trained to detect seizures, provide seizure and other medical alert and response, provide mobility assistance, perform deep tissue therapy, and mitigate anxiety, the District refused to allow the student to bring her service animal to school, resulting in the student being unable to attend school in-person with her peers.

The Court found that the student had established that she is likely to succeed on the merits of her claims and, in particular, that George qualifies as a service animal.  The Court further concluded that the student would suffer irreparable harm if the District was not compelled to allow her to bring her service animal to school, rejecting the District’s argument that any harm to the student was “self-inflicted” because she “chose” not to attend school even though she was permitted to do so as long as she did not bring George.  The Court emphasized that “any ‘choice’ that [the student] has to attend school without George is illusory.”  The Court explained that if it “were to accept the District’s logic that [the student] will not suffer irreparable harm because she could either attend school without George or take virtual courses, then no person suffering from a disability could ever prove irreparable harm by being turned away from a public entity if the entity offered access without the service animal or a virtual comparison.”

Following the Court’s ruling, the student attended school with George the very next day, as reflected in the photo above. 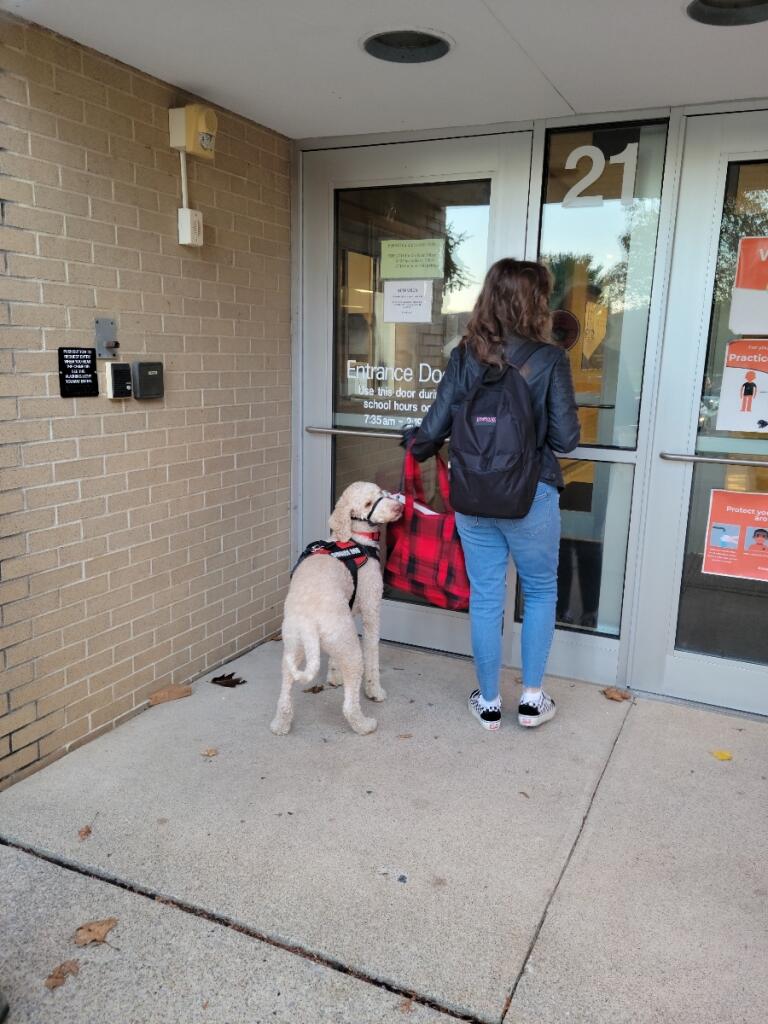 Back to Spotlights On Our Work

OTHER SPOTLIGHTS ON OUR WORK